We believe that the door to salvation is always open and so are the doors to our church. Our mission is to be fully devoted to Jesus by opening our arms to those in search of the truth. We show God's love and concern for our fellow man at every opportunity. Through works of charity and opening our doors to listen and love, we feel that we are walking in the footsteps of Jesus Christ.

Doubles as the President of The Care People Foundation International and General Overseer of the Bibleway Crusaders Church International.

A man of miracles and great anointing, who features as regular speakers in crusades, seminars, conferences, Television, Radio and Newspaper interviews. A philanthropist to the core, who has assisted countless number of disabled and less privileged by way of scholarship and financial support. He served under the Administration of Col. Ahmed Usman and also the past Governor of Oyo state (Lam Adeshina) as an advisory committee member on disability and welfare matters.

Rev. Tioluwani finished from the Haggai Institute, Singapore. He was disciplined by the Deeper Life Bible Church and was an Associate Travelling Secretary to the Scripture Union, Nigeria. He currenntly serves as the Liaison Officer to the Pentecostal Fellowship of Nigeria, Oyo state.

He holds a Master's Degree in Animal Science from the University of Ibadan, with a Doctorate in the Ministry. Rev. Paul Tunde Tioluwani (Oginni) was ordained a licenced minister for the whole North America on June 3rd, 2005 by the Canada Christian College.

His tremendious contribution to the propagation of the gospel of Christ was recognized by the Canadian government when they awarded him three international awards from the House of Parliament and Toronto Police, Canada. Recently, Rev. Tioluwani formerly bagged other awards for the years 2006 namely;

* Awards of Excellence from the Mayor and the Premier of Toronto, Ontario, Canada among others.

He is married to Barrister (Mrs.) Favour Tioluwani and the Lord blessed them with Children. 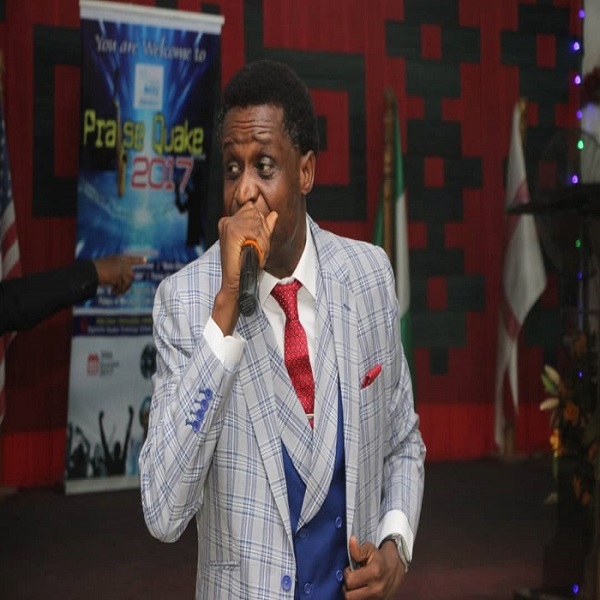 Listen To Our Sermons

by Apostle Paul Tioluwani on March, 2019

by Apostle Paul Tioluwani on April, 2018

by Apostle Paul Tioluwani on March, 2018